Men’s and Ladies (Unisex) Mario Costumes
Made with comfortable and breathable materials, miiostore’s beautiful and versatile mario costumes are sure to impress at every occasion! A favourite for DNDs, corporate events, and parties. Also popular for halloween, wedding gatecrashes, and birthday parties! 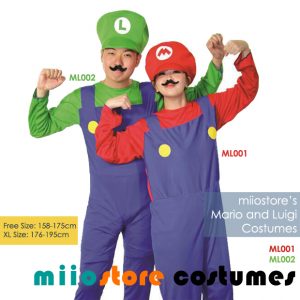