Skip to content
Sale!
Rated 4.25 out of 5 based on 4 customer ratings
(4 customer reviews)

In stock (can be backordered) 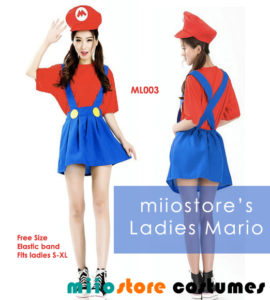 Note: The back of the ML003 Ladies costume is not criss-cross, but the straps are parallel to each other at the ends.

Our email and social media platforms will be undergoing upgrading from 25 Dec to 28 Dec. Email confirmation and response to enquiries will be delayed. Please place your orders 4 days in advance to avoid disappointment.