Excludes Footwear. Requires Additional Refundable Deposit of $30 per costume (To be paid upon collection).

Rent Men’s and Ladies Mario Costumes SG Singapore
Made with comfortable and breathable materials, miiostore’s beautiful and versatile mario costumes are sure to impress at every occasion! A favourite for DNDs, corporate events, and parties. Also popular for halloween, wedding gatecrashes, and birthday parties! 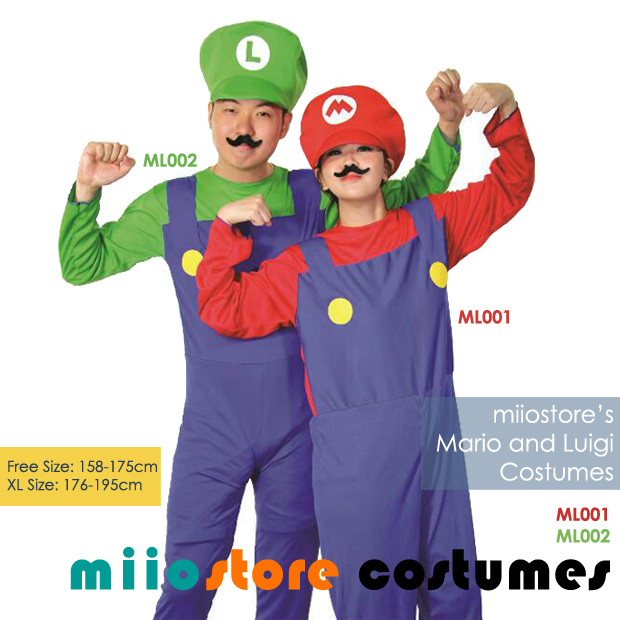 Our email and social media platforms will be undergoing upgrading from 25 Dec to 28 Dec. Email confirmation and response to enquiries will be delayed. Please place your orders 4 days in advance to avoid disappointment.