Skip to content
Rated 4.60 out of 5 based on 5 customer ratings
(5 customer reviews)

Requires Additional Refundable Deposit of $50 (To be paid upon collection).

Made with slightly stretchable materials, miiostore’s beautiful Male Policeman Cop costumes are sure to impress at every occasion! A favourite for DNDs, emcees, corporate events, and parties. Also popular for halloween, wedding gatecrashes, and birthday parties! Available for rental in Singapore only! 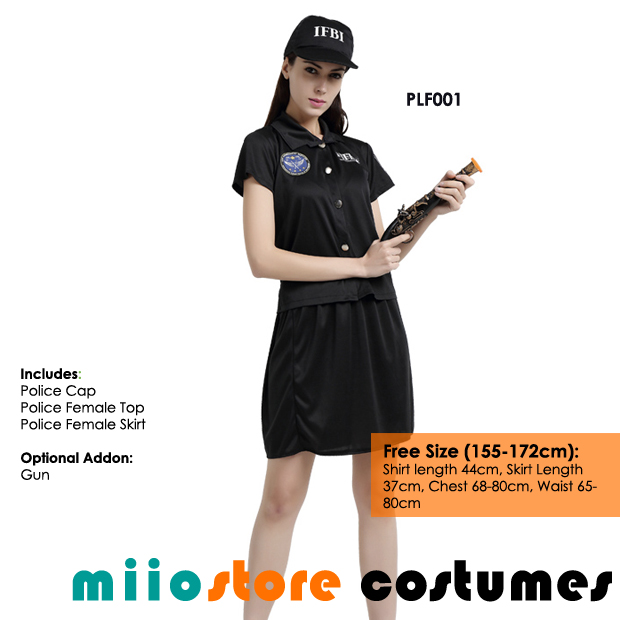 A police officer, also known as a policewoman, policeman, police agent is a warranted law employee of a police force. In the United States, “officer” usually is the formal name of the lowest police rank. In many other countries, “officer” is a generic term not specifying a particular rank, and the lowest rank is often “constable”. In some nations the use of the rank “officer” is legally reserved for military personnel. Police officers are generally charged with the apprehension of criminals and the prevention and detection of crime, protection and assistance of the general public, and the maintenance of public order. Police officers may be sworn to an oath, and have the power to arrest people and detain them for a limited time, along with other duties and powers. Some police officers may also be trained in special duties, such as counter-terrorism, surveillance, child protection, VIP protection, civil law enforcement, and investigation techniques into major crime including fraud, rape, murder, and drug trafficking. Although many police officers wear a corresponding uniform, some police officers are plain-clothed in order to dissimulate as ordinary citizens.